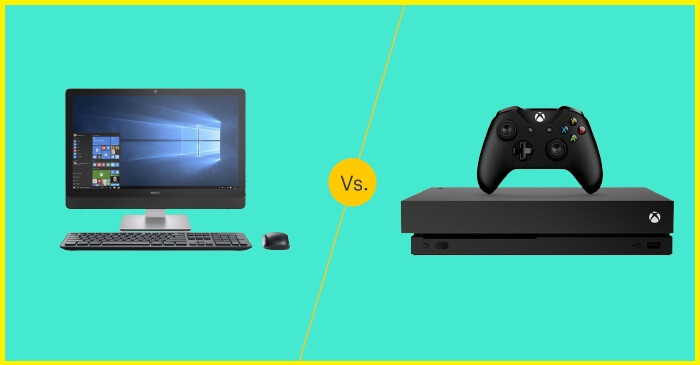 Hello there, gaming fanatics! You all are just at the right place if you ever wanted to know about PC or console gaming.

Here we will talk about every doubt you ever had about PC and console gaming.

The biggest battle that gamers fight is Console Gaming VS PC Gaming. And it is never-ending! Why you ask?

Well mostly because there isn’t a winner, or to put it simply, you can’t just prove that one of the two gaming options is better!

This is for the reason that the answer of what is better? PC or console gaming varies from person to person and their gaming preferences.

Now one important thing to consider is that PC gaming is not for everyone. This is simply because some people don’t want to spend so much time building a PC.

Building a PC might spend a lot of time and not to mention, money as well. But that isn’t a barrier for most gamers, considering you all the free time in the world due to this disastrous pandemic and money, well it can be adjusted.

So, then why not? Most gamers aren’t aware of proper equipment for PC gaming. The research, purchase, installation, and all that stuff might just snatch away the fun out of PC gaming.

While console allows you an upper hand in the ‘do-it-yourself’ department; again it isn’t for everyone.

The conclusion; well Console gaming vs. PC gaming is just a Constant BATTLE.

But we got your back, we will tell you almost everything about both console and PC gaming and break down all the details for you so that you can easily choose one of the two, that you find is suitable.

Starting with console gaming– it’s super simple and to the point.

In the console, you purchase a PlayStation, Xbox One, or Nintendo Switch console. Then you purchase the games, either digitally or on disc, and you’re ready to go.

Install the Twitch or YouTube apps to start live streaming or recording your games. However, since the Twitch app is not available on the Nintendo Switch, it all depends on you. There is a limiting factor, and it is that it can be costly.

The disadvantage of console games is that if you wish to play a game but it is not available on your new console, you would have to purchase the console in order to play the game. Just to play a new game, you’re wasting more money. This is how console gaming might make you break the bank. 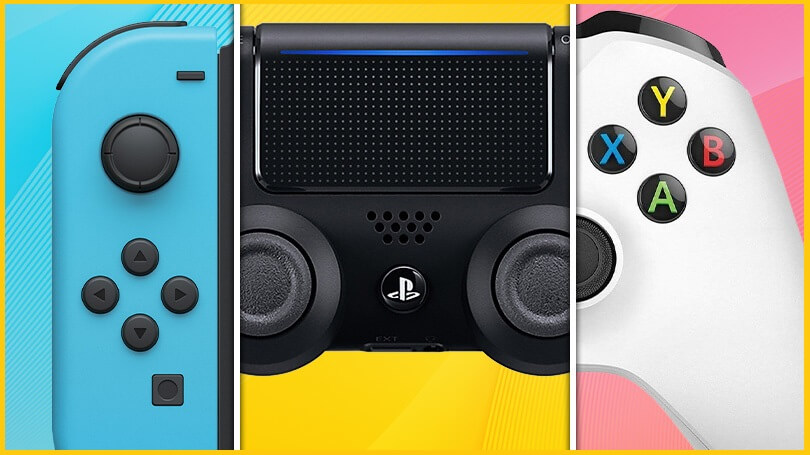 Console gaming is not for you if you like mods and make modifications to your games, such as making Link from Zelda use a gun instead of a bow and arrow. If you’re a console player, nevertheless, you’ll need to know what kinds of games you would like.

Console players simply want to have a good time when enjoying their games. They don’t want to waste hours copying and saving files just to modify a video game.

So as all the console gamers out there know, the best parts about console gaming are exclusive games.

Final Fantasy, for example, is normally a PlayStation exclusive. Nintendo will always own Mario, Zelda, and Pokémon. This is both the good and bad side of console games. This is also one of the reasons that certain people have a strong preference for one console over another. This sort of outperforms PC gaming.

Another amazing thing about console gaming is the multi-player experience.

Playing games with a buddy or group of players. This is one of the reasons why the Nintendo Switch has become so famous. When playing on a console is a group activity, you are alone in front of your computer in PC gaming.

You Don’t Need Much with Consoles

The beauty about consoles is that all is taken care of for you, and it’s all really straightforward. In contrast to the PC experience, which needs so much adjustment, console gaming was designed for the typical consumer. You put the game in, get the remote, and get going. But apart from device upgrades and a few other issues, you don’t have to think about anything technical (almost all of the time).

Not to be overlooked are the graphics. As technology advances, we can see more games with improved graphics. Console games have more processing resources for graphics and cinematic experiences since they are focused solely on the games themselves. The advantages of console games outweigh the disadvantages.

Enough about console and its plus points, now let’s dig into PC gaming–

As said earlier PC gaming isn’t for everyone but this information below will tell you if it is the one for you. Any PC gamer has to be well versed with the tech world to rip the best benefits of PC gaming.

PC gaming, regrettably, has much more disadvantages than advantages. When it comes to PC games, there are a wide variety of issues to be concerned with. As a result, it is not suitable for all of us. Don’t buy a gaming PC unless you’re interested enough to read more about computers. Since most of us want to save money, console gaming is becoming increasingly popular.

Who Is PC Gaming For

One thing is crystal clear now, PC gaming isn’t just for any typical user, it needs knowledge of the tech world and research. So who can be a PC gamer then?

More specifically, if you have the willingness to wait an additional two years for a game’s PC version to be out, PC gaming is for you.

even when, there are a billion disadvantages of PC gaming. it still isn’t something useless, as there is so much you can do with a PC but then again, you need to understand that there will be many games that will be out of your reach.

If you decide to purchase a gaming laptop or PC, be mindful of the games that you’ll be or won’t be able to enjoy.

Acquiring a console has the advantage of allowing you to play games as soon as they are out. You will be able to play the latest Final Fantasy game as soon as it is out. It’s not necessary to wait for it to be released on Steam or Epic Games. That would be the most major benefit of a console.

Some Playstation games will never be released on the PC, so you’ll either have to accept this or buy a Playstation. If you like classic Nintendo games such as Super Mario, Zelda, and the latest releases, you won’t be able to find them online unless anyone has replicated them or has a leaked version (which isn’t ethical).

Also when a game is changed from a console to a PC version, it still stinks; would you like to play it with a keyboard? Not everybody enjoys playing on a key. Again, it is entirely dependent on the player and how they play their games. This is one of the reasons that PC gaming is not for everybody. PC Gaming is for you if you want to play your video games using a keyboard rather than a traditional gaming device.

The savings department is where PC gaming really doesn’t strikeout. You see there are so many requirements in PC gaming.

A gaming computer that costs less than $1,000 is unworthy of your money. An Intel i7 processor and at least 16GB of RAM are needed for your games to run smoothly.

Not to mention, to enjoy the benefits of being a PC gamer, you must have a fast internet connection. Your money will be spent on laptops, game mice, keyboards, and software upgrades, and a lot more.

PC gaming takes the cost so much higher than what a console would.

When purchasing a console, expect to pay between $300 and $500, with newer consoles costing more. Then, if you want to add accessories to the console, such as a camera, you’ll have to pay an additional $60. Then you’ll pay $60 on any of the games. But that’s about it. So you get a whole new game and PlayStation at the cost or a little less of what you’d spend if you bought a gaming laptop.

So the choice is yours. Firstly really consider your gaming preferences and budget and then chose one type of gaming. This was all from our side. We hope you got some clarity on this topic and got to learn something new.

Do leave your feedback and suggestions down below!